That’s a wrap for The Indian Detective 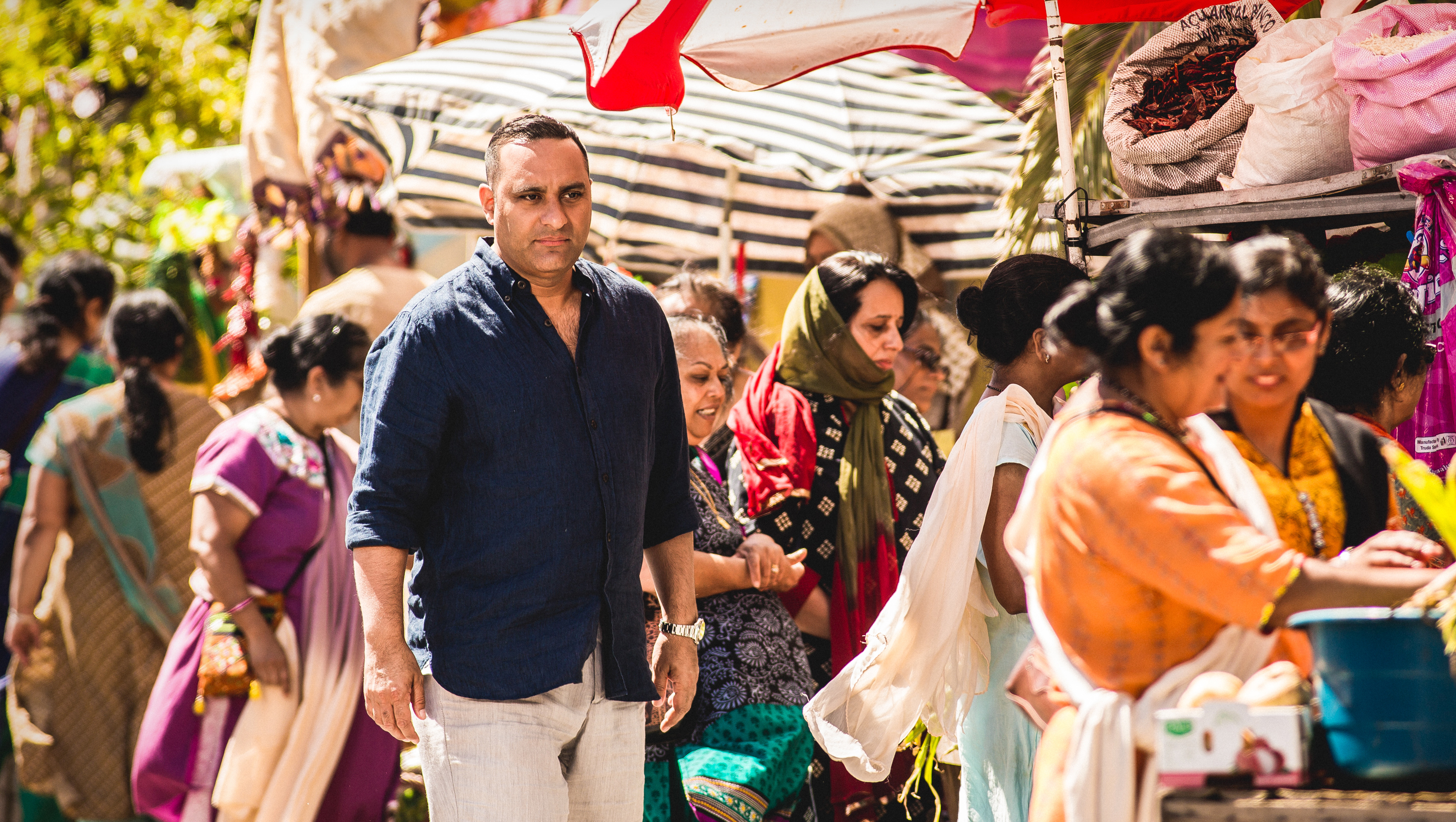 – Original four-part CTV Event Series from award-winning executive producer Frank Spotnitz (THE MAN IN THE HIGH CASTLE, THE X-FILES) of Big Light Productions and Lance Samuels and Daniel Iron (MADIBA, THE BOOK OF NEGROES) of Blue Ice Pictures Produced in association with CTV –

THE INDIAN DETECTIVE follows Toronto cop Doug D’Mello (Peters) as he becomes embroiled in a murder case while visiting his father, Stanley (Anupam Kher), in Mumbai. The investigation leads Doug to uncover a dangerous conspiracy while dealing with his own ambivalence towards a country where despite his heritage, he is an outsider.

“Russell Peters is a comedic superstar. Following a series of successful international shoots in Cape Town and Mumbai, Russell returns home as production wraps in Toronto. We are thrilled to be working with such an exceptionally talented group of cast and producers to bring this fish-out-of-water police drama, mixed with Russell’s comedic voice, to life.”
Corrie Coe, Senior Vice-President, Original Programming, Bell Media

“I am thrilled to be working with the amazing Russell Peters and this incredible team. This is a show with a huge heart that looks at different cultures with the kind of wit and insight that audiences around the world have come to expect from Russell. It is an honour to have developed and produced this international series with such renowned collaborators as Russell Peters, Frank Spotnitz and director Sandy Johnson,” said Executive Producers Lance Samuels and Daniel Iron of Blue Ice Pictures. “We are also thrilled to be making the show with our great partners at Bell Media. Beyond being a showcase for the inestimable talents and reach of Russell Peters, we are blessed with a wonderful international cast for this unique and wildly entertaining series.”
Frank Spotnitz, Big Light Productions

“This production was truly representative of Russell’s commitment to diversity and the embracing of all cultures and orientations. I have never seen a crew and production team as reflective of those values as I have on THE INDIAN DETECTIVE.”
Clayton Peters, Executive Producer, CPI Pictures

As THE INDIAN DETECTIVE, Peters is a charming, smart, ambitious Toronto cop of Indian heritage whose dreams of becoming a homicide detective are put on hold when he is unjustly suspended.

Additionally, award-winning actor and Bollywood veteran Anupam Kher (Silver Linings Playbook, Bend It Like Beckham) stars as Stanley D’Mello, Doug’s father, a retired airline pilot who moved back to India after the death of his wife. He’s a lovable rascal, trying to reconnect with his son in his golden years. Christina Cole (Casino Royale. SUITS) plays Constable Robyn Gerner, Doug’s tough, beautiful all-Canadian partner. Mishqah Parthiepal (Snake Park) stars as Priya Sehgal, an earnest and dedicated lawyer, born into an upper-middle class family in Mumbai; Priya has chosen to dedicate herself to serving the legal needs of the poor of the Annapuri Slum.

Equal doses comedy and high-stakes drama, THE INDIAN DETECTIVE is executive produced by Golden Globe®-winning and Emmy®-nominated Frank Spotnitz (THE MAN IN THE HIGH CASTLE, THE X-FILES) of Big Light Productions and Lance Samuels and Daniel Iron (MADIBA, THE BOOK OF NEGROES) of Blue Ice Pictures.